Our gluten-free story began with our oldest daughter. She was sick ALL. THE. TIME.

From constant ear infections as a toddler to picking up every germ at pre-school. She was on more antibiotics than I can remember before she was five. Adding to that, her eating habits were awful. She was extremely picky and most days we ended up shoving plain buttered pasta in her mouth in front of the TV just to avoid the dreaded dinnertime struggle. As first time parents, we thought this was normal toddler behavior…kids get sick. A LOT. And they’re known to be picky eaters…

Every check-up at the pediatrician confirmed she was mentally on target, and physically she was staying consistent along her growth curve, even though those numbers stayed between the 1-5%.

Over time, her stats fell off the charts. By the time she was six, she had been diagnosed as “failure to thrive” and it was finally suggested that we come in for visits every six months to check her height and weight. Her younger brother quickly passed her in height, and she weighed only 40lbs at 7 years old.

I knew something wasn’t right and my “mom instincts” kicked in. No matter how much we thought she was eating, she wouldn’t gain weight. I started researching….what could be causing her short stature? Low weight gain? A weakened immune system? My research brought me to scary stuff, but also to food allergies. Then, a few weeks later, a coincidental conversation with another mom at a party led me to Celiac Disease. I immediately made an appointment and asked to get her tested.

Failure-to-thrive and digestive issues are “classic” symptoms of celiac in children, however the doctor was doubtful that Celiac Disease was the answer. The pediatrician finally agreed to run the panel if that’s what I really wanted.

In October of 2011, her results came back and the numbers were sky high off the charts. 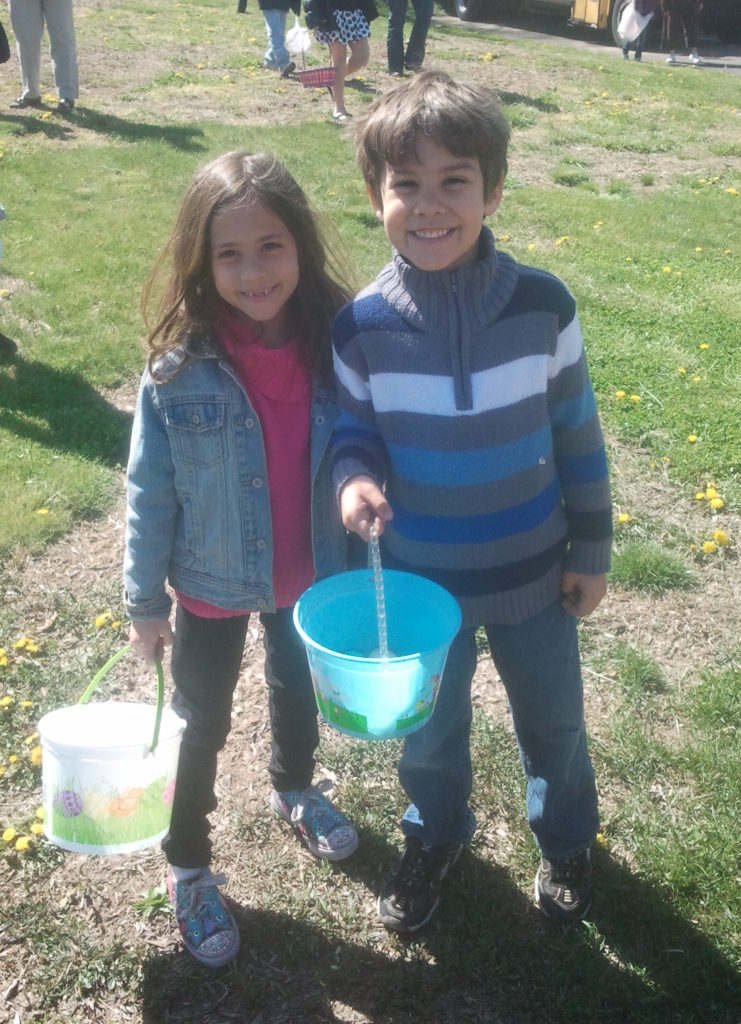 “The only cure for Celiac Disease is a strict gluten-free diet for life,” the doctor told me over the phone.

To be completely honest, I was relieved.

The results could have been anything and could’ve been much worse. But knowing I could help my daughter start thriving just by changing the food she eats was empowering. We were so thankful to finally have an answer! 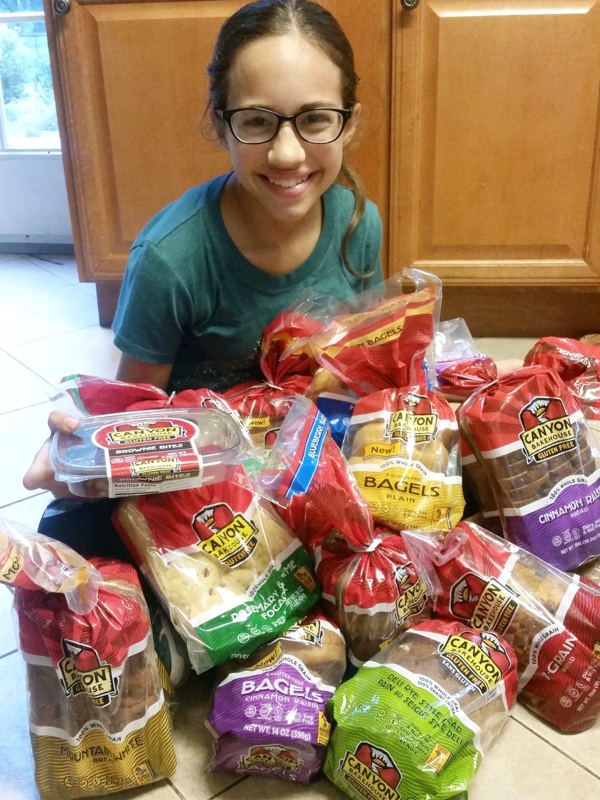 Now don’t get me wrong….while I was relieved with this diagnosis, it didn’t make adjusting to gluten-free life with a child any easier. She was seven at the time of her diagnosis and it happened to be two weeks before Halloween. We were thrown right into navigating school parties and trick or treating…then a few weeks later figuring out how to handle Thanksgiving and Christmas time which revolve around our big Italian food traditions.

We made it work. I quickly learned to bake our favorite holiday cookies in a gluten-free version, and bringing along our own separate food and snacks to holidays, birthdays and playdates became the new normal.

As a few months went by, we noticed her hunger improving, yet every GI visit was met with a comment about how gassy and bloated her stomach remained.

This led us to further removing dairy from her diet, eliminating oats, and including more whole foods instead of processed gluten-free foods to promote healing. I followed up with adding vitamin testing to her next lab work where we found a vitamin D deficiency. 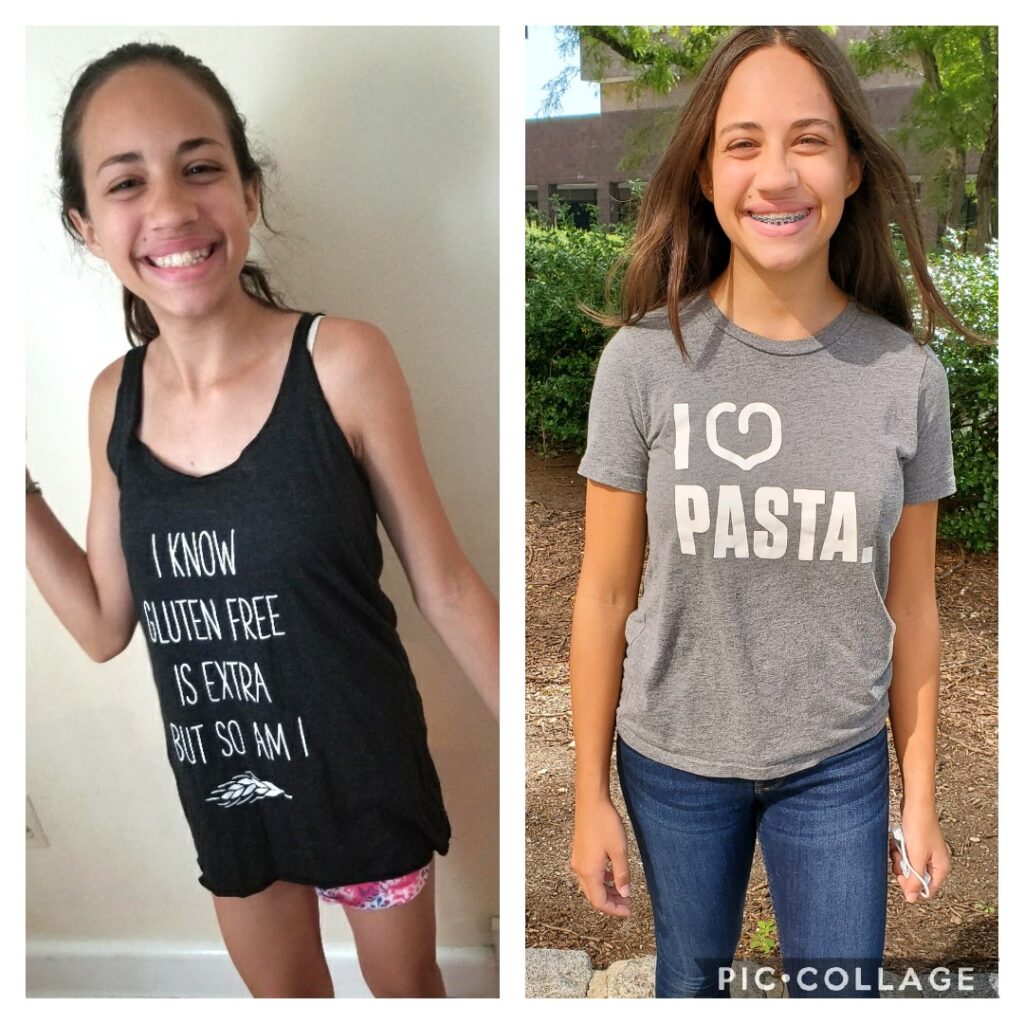 Whether you have concerns about your own health or your child’s health, if something feels “off,” figure it out! Be an advocate for your own health! Trust yourself and how you feel…ask questions, talk to friends, get medical advice and don’t give up until you’ve found the root cause.

Now tell me your story. What led to your Celiac diagnosis?

Are you or your child newly diagnosed? Start here with this helpful guide.

Please know you’re always welcome to reach out if you need support navigating your gluten-free life. 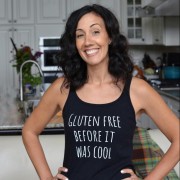 Hi, I'm Debby! The recipe creator, mom and blogger behind Thriving Gluten Free. Our oldest daughter was diagnosed with Celiac Disease in 2011, so we've been navigating gluten-free living ever since. Here, we share our favorite recipes, products and tips to help make your gluten-free life easy, healthy and delicious!